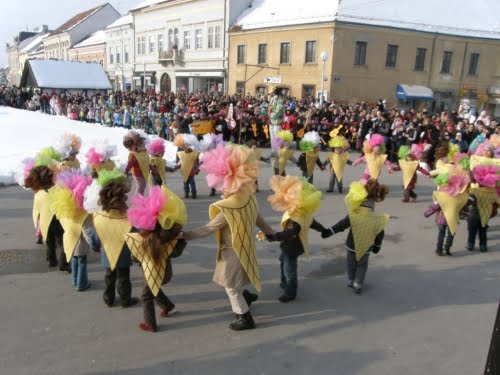 The custom event, the Koprivnica Fašnik is organized by the Tourist Board of Koprivnica and it officially begins with the takeover of the town’s keys.

The central event of the Koprivnica Carnival is a big parade which passes through the streets of the town. Several hundreds of masked children from Koprivnica’s kindergartens and schools participate in the parade, as well as adults from Koprivnica and its suburbs.

The parade usually starts at INA’s parking lot and each group gives a small performance, after which the trial of Fašnik takes place upon the arrival at the central city square. Then the party continues at Podravina hotel where fun games and interesting prizes are prepared for costumed dancers. There is also an election of the fattest doughnut, and for this unique competition, a number of women’s associations and individuals have already begun their preparation.