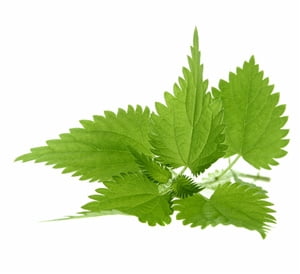 Koprivnica, the capital of Podravina, you guessed it, owns its name to none other than the plant that we do not always like very much, the nettle. Therefore we can say that Koprivnica is “The town of the nettle”. The Old Slavic name of the not really favourite plant stigmatised our beautiful town for all time.

Toponym Koprivnica must have originated from a vegetation element that was in this area (around the watercourse) dominant at the time our ancestors determined the geographical term. Specifically, the oldest documents from the 13th century (1207 and 1209) mentioning Koprivnica (Quopurnicha), do not talk about the settlement, but about the Koprivnica river that still bears that name. It is assumed that at that time there was a settlement of the same name in the area of ​​today’s oldest core of the town, but it is not yet mentioned in the documents at that time. The name “Castrum Kopurnicha”, which refers to the fort near Koprivnica, is mentioned for the first time in the document of Kamengrad castellan Bogodar from 1272.

There is also a legend about the name of Koprivnica from the time of the Mongol invasion in 1242 when the Hungarian-Croatian king Bela IV flew in front of the Tatar hordes to the sea. The Tatars, after crossing the Drava, were hot on his heels and so he ran to the fortified Kalnik, and when he got to the river Koprivnica, somewhere in today’s Koprivnica, he did not climb off the horse and wet his feet, but the horse threw him out of the saddle into the big nettle that was in abundance. The angry king called this place Koprivnica, and the inhabitants “Koprivničanci” and it remained so to this day.

Therefore, the nettle has marked our town from the very beginning – whether we liked it or not. From a tourist point of view, the nettle does not seem promising, but only apparently. Namely, the old Koprivničanci knew the healing properties of the nettle, so maybe this was the prevailing factor in giving the name to the settlement. In addition to its medicinal properties, our ancestors certainly used it for nutritional purposes as well, and this value has today been recognised by the Town’s Tourist Board, which has initiated the making of delicious delicacies based on the herb as an ecological and healthy ingredient, but also because of its alleged aphrodisiac powers. The nettle is also a well-known cosmetic essence, and it probably has other benefits. The link to the name of our town, the story, the uniqueness, the strangeness, the difference in relation to the others, the healthy meal, the medicinal properties are just some of the elements transform a seemingly unappealing term into an attractive, unique and recognizable and not just a gastronomic tourist product that visitors of our town can enjoy.

Delicious nettle, as well as souvenirs based on nettle, are present in all better catering facilities and souvenir shops in Koprivnica, and “The story of the nettle” in its fullness comes to the fore at the Renaissance Festival. The former Koprivničanci have respected and used nettle, and we trust them and we continue this story with pride.

* Note: the fact is that the nettle was favored by old Slavs, and there are pointers to that in almost all Slavic countries (Slovenia, Serbia, Bosnia and Herzegovina, Slovakia, Czech Republic and Poland)